Youth sports gone wrong: Putting a bounty on a player 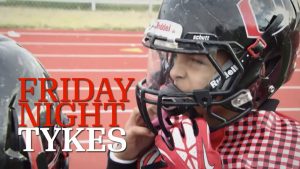 Every once in a while you see something happen in youth sports that is just simply disgusting. That happened to me on Saturday.

To explain what happened, I need to give a little background about a show called Friday Night Tykes. Friday Night Tykes is a one-hour reality television show that follows middle school and younger football teams in Texas through their fall season. The show is often depressing. While I am sure there are lots of positive things happening in Texas youth football, this show is edited to highlight the drama and often the outrageous. Every season is filled with coaches screaming at the kids and each other. You can be sure you’ll see parents screaming at coaches, players, other parents, the other team, and (of course) the referees.

But I just watched the final episode of season four and it hit a new level. The 12U San Antonio Outlaws – a show mainstay who moved to the Snoop Youth Football League (run by rapper/entrepreneur Snoop Dogg) – were playing the Long Beach Patriots for the 2016 National Championship. Outlaw superstar Myzell Miller is a key player for his team often playing both ways.

At halftime, the Outlaws were ahead 19-6. In the third quarter, Myzell appeared to be hurt on a play. Patriots assistant coach for strength, conditioning, and discipline Sabrina Vaifanua says to her sideline:

In case someone didn’t understand her, she makes herself clear a couple of minutes later:

Myzel comes back in and proceeds to score a touchdown and the Outlaws win 31 – 19.

Now I have no idea what, if anything, happened to this coach. A quick search online doesn’t offer much more than what we see in the episode.

But I can tell you that this is exhibit one of what a coach should never do. You never put a bounty on a player from the opposing team. At some point, common sense has to prevail. And that common sense needs to come from the parents and the other coaches when something like this happens.