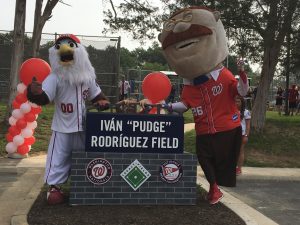 The Washington Nationals are not only a great baseball team, they are also a great community partner. They continue to invest in our community and to try and grow the impact of baseball.

Pudge Rodriguez may have played for a number of baseball teams, but the two years he spent playing for the Washington Nationals are seasons Nats fans won’t forget. Pudge was one of the leagues best catchers and evidence of that is his recent induction into the Major League Baseball Hall of Fame.

The Nationals recently showed their continued commitment to our community and their respect for Rodriguez by investing in a baseball field in Annandale and naming it for their Hall of Famer. The Nationals Dream Foundation partnered with the Fairfax County Park Authority and took a rag tag field and turned it into a showcase with new turf, baselines that can accommodate 50/70, a new electronic score board, new fencing, covered dugouts, irrigation system, and upgraded batting cages. It’s a gem that players will enjoy on any afternoon or under the lights at night. Continue reading 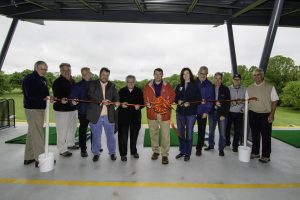 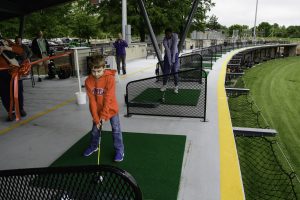 To address these needs, $6.6 million was allocated as part of the 2008 and 2012 Park Bonds toward the renovation of the driving range and the clubhouse as well as other improvements including the installation of a sewage line. (The clubhouse will re-open this fall.) After years of discussions and planning, a series of public meetings were held to discuss the plans for the Burke Lake Golf Center. At one point, there were some discussions about bringing in a Top Golf like partner to build and run a new facility, it became clear that this was not going to be a viable solution. Continue reading

The Fairfax County Park Authority just welcomed one of the coolest new attractions to Fairfax County. Go Ape! is a brand new, and first of its kind in Fairfax County, woodland obstacle, and zip line course. Go Ape! invites you to “Live Life Adventurously” – and they give you the chance to do just that. This is a place where you can challenge yourself to do something new or spend an incredible day with your family, friends, or co-workers.

Several years ago, the possibility of bringing this to Fairfax County came to the Park Authority. While the first thought was to put it in a different park, South Run soon emerged as the best fit. South Run is one of the epicenters of active recreation in the county. The ReCenter has a pool and provides the opportunity for people to work out, take classes or sign up for summer camps. There are also three full size and two small sided rectangular fields and two diamonds. There’s an awesome playground, an indoor turf field, tennis courts, and miles of trails. 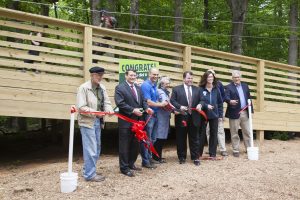 And this focus on active recreation makes Go Ape! a natural addition. The new course was carefully integrated into the park’s topography so customers can explore the canopy while enjoying great views. Trails below the course allow people to cheer on their friends in the trees and gives them a chance to see what they are missing. Continue reading 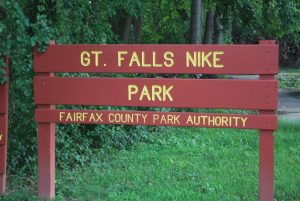 I remember coaching a U12 travel soccer team in an August tournament when one of the players started running funny. She took a few strange steps and then ran back and picked something up. Then she came running over to me to show me that the entire cleat portion of her shoe has simply detached itself. The glue had literally melted and the shoe fell apart. That is how hot that turf field got on that sunny August day.

Heat on turf fields is a persistent issue. Professional players, college players, high school players, youth players – all know how tough it can be to spend a hot, sunny June afternoon playing on turf.

But now there may be an affordable solution. Field Turf’s CoolPlay is a new material which is literally put on top of the field’s infill. The material acts as a top dressing and significantly reduces the temperature of the field by up to 35 degrees. and the additional cost is only about $35,000.

And the first of these fields to be built in Fairfax County will be at Great Falls Nike Park. Working in partnership with Great Falls Soccer Club, field 7 will be converted to this new Field Turf Cool Play system. Great Falls will contribute $855.000 of the projects $1,250,000 total cost. The rest of the funds will come from a combination of County and Park Authority sources. 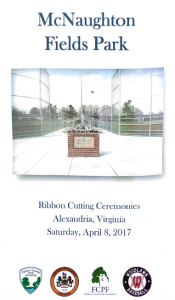 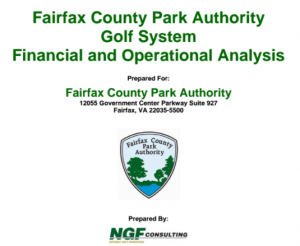 In 2011, the Fairfax County Park Authority contracted with National Golf Foundation Consulting to do a report on the FCPA Golf System. It was a financial and operational analysis. The report was presented to the board in January 2012. Since that time, FCPA golf operations has worked to implement the recommendations and made several reports to the board about their progress. However, in an ongoing effort to clean up the FCPA website, the County archived the original report and the supporting material.

To make sure that this material continues to be easily available to those that wish to review it, I am making it all available here.

On January 19, 2017, the Washington State Department of Health released a study titled Investigation of Reported Cancer among Soccer Players in Washington State. The News Tribune reports, “The study was prompted by an ongoing debate over whether the use of crumb rubber — made from recycled tires — to cushion artificial turf fields could cause cancer in young athletes.”

Fairfax County continues to look at these and other materials as part of the Health Department’s ongoing efforts to ensure the safety of county residents. A memo was sent to the Board of Supervisors on February 2, 2017, by County Executive Ed Long. In the memo, he concludes, “Currently available research on artificial turf has not shown an elevated health risk from playing on fields with crumb rubber. As such, the county will continue its standard practice of using crumb rubber as a synthetic infill until new scientific evidence or guidance about the public health risk of crumb rubber emerges.”

The Washington State Department of Health has an excellent FAQ about the study on their site.