Home Youth Sports Talent: Hard to identify when they are only 10 years old

Talent: Hard to identify when they are only 10 years old 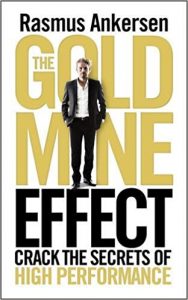 When my oldest daughter was seven, I was approached by a coach about her moving up to Travel soccer. She was going to turn eight in a few weeks and, in the fall, would be ready to play travel. At least that was his point of view.

My wife and I talked about it and decided that Travel was not the best choice for our soon to be third grader. She would be entering the GT Center and it seemed to us that it was just too early. I wanted her to continue to play rec soccer (I really believe team sports are important for kids). The coach thought we were nuts. I’ll never forget what he said, “You are ruining her soccer career!” “Career?” I thought. “She’s seven!”

I thought of all the parents asking those and so many other questions when I read this article. It talks about how difficult it is to identify talent and the mistakes we make when the oldest, biggest, fastest eight-year-olds are picked for travel teams and others are left behind.

We have seen firsthand our obsession with winning, which forces us to select the biggest, fastest kids at young ages to win now, instead of identifying kids that might evolve into future elite players. Why do we do this? Because, as the case of Simon Kjaer points out, talent identification is really, really hard!

Take a minute a read the whole thing.

And you may want to take some time a read the book the article pulls its central story from. The Gold Mine Effect: Crack the Secrets of High Performance.